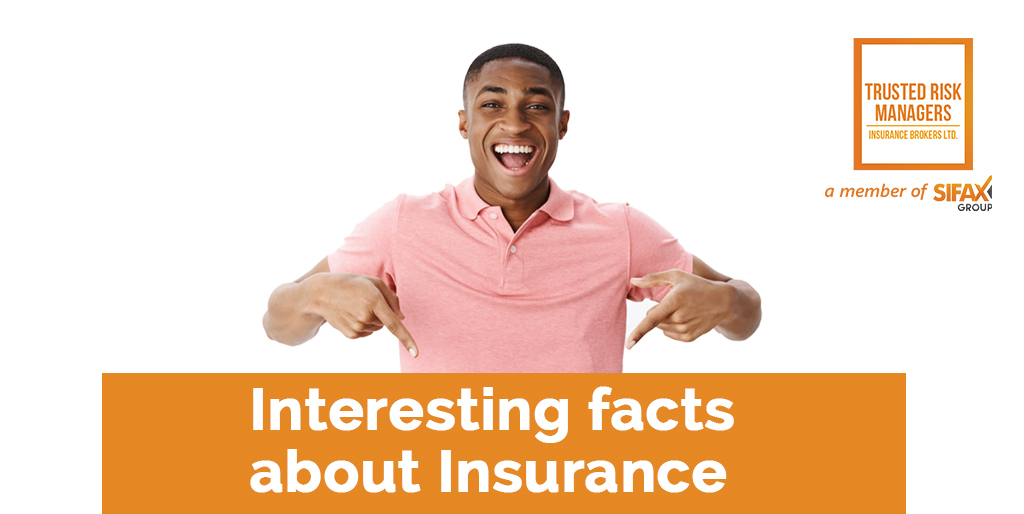 If you know anything about the financial industry, you’ll know that here are many interesting facts about insurance.

This is because there are various kinds of insurance policies in existence today.

You can insure almost anything -from property to health.

We list out five interesting facts about insurance that you have probably never heard of before.

1. Insurance existed before the car

The concept of insurance has been around longer than most people realize.

The first known insurance contract was signed in 1347 in Genoa, Italy.

The 14th century saw the invention of many insurance policies.

2. There is a policy for death by excessive laughter

In the early 19th century, moviegoers in the UK were scared to die.

As a result, renowned British Insurance firm, Lloyd’s of London stepped in.

They provided an insurance in the event that moviegoers died by excessive laughter.

Other celebrities who have insured body parts include Heidi Klum, Cristiano Ronaldo and David Beckham (legs).

Others include Gene Simmons (tongue) and Bruce Springsteen (voice).

4. The most expensive life insurance policy is estimated at $1.2 billion

The most expensive life insurance policy belongs to none other than Steven Spielberg.

Since 1987, ‘Alien Abduction Insurance’ has been in existence in the United States.

Another name for this insurance is UFO insurance.

Interestingly, claims have been paid and more than 100, 000 insurance policies have been sold.